← back to
First Word Records
Get fresh music recommendations delivered to your inbox every Friday. 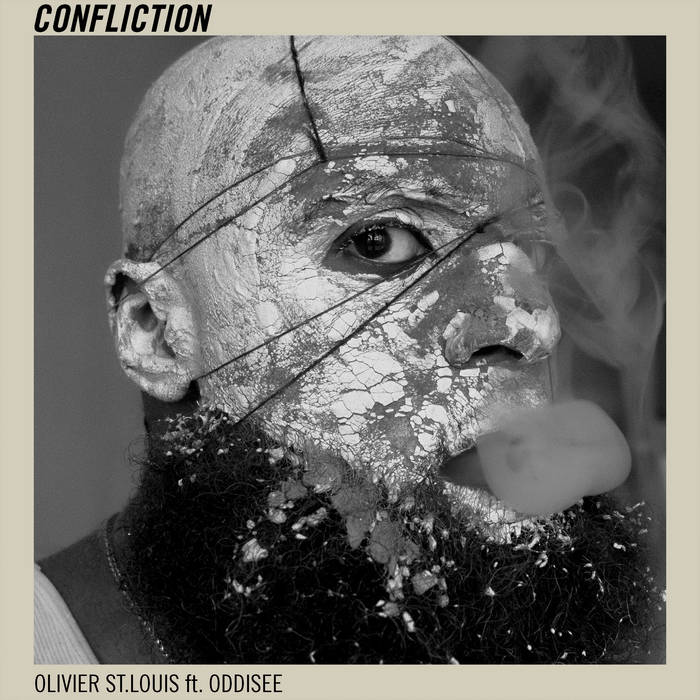 This one is on more of a downbeat alternative-soul tip than the previous track, accompanied by Oddisee’s low-slung boom bap beats and bars.

Olivier says of the track “my identity was forged in conflict; From language and spirituality to race, from animism to catholicism. From West African languages to French, from black to white. With each disruption came acceptance, adaptation and rebirth. Change comes for us all. No one is exempt. What will you do when it's your turn?”

Olivier was born in Washington DC of Haitian and Cameroon heritage, but spent his teens studying in the UK. As a teenager, his CD and tape collection would encompass a wide range of genres, from hip hop and r&b to garage and British alternative rock. A bio-science student, Olivier couldn't suppress his true passion for music. After graduating, he took on a "Jekyll and Hyde" lifestyle; working as a scientist in the day, and a musician at night.

His work as a recording artist eventually led to his debut release in 2011, 'The Mr. Saint Louis EP', released under the moniker Olivier Daysoul and also produced by longtime collaborator, Oddisee.

From here on, Olivier began laying down vocals, collaborating and touring with a wide-range of artists over the following years, including Hudson Mohawke, C2C, Laura Mvula and German rockers, AnnenMayKantereit.

Following world tours with many of the afore-mentioned, in 2020 Olivier has been working on all-new material for Worldwide Award-winning London label, First Word Records.

Ain’t no such thing as half ways
Get the whole or dig a hole
Path ways or mass graves
Oddisee et Saint Louis, finger role
Listen to what my mans say

I don’t fear what I don’t understand/
Retreat & learn & then return with the upper hand/ If you scared, then we ain’t share in our circumstance/ We bout as different as Burna’ boy is to Burning Man/ Do the knowledge, emotional or Logic/ In the option we’re lost or find it/ Heart open minded/ You looking to the stars for the signage/ That your designing/ It’s you that are the line that you’re crossing/ Don’t deny it/ Pius pilot, predetermined to fly defiant/ I seek to earn what is given when gotten i despise it/ Satisfied with, less the more I collect the prizes/ Secure the baggage, my past dragging it’s hard to climb with/ Chasing the dragon you know will burn you the day you find it/ But at least you found it so when it hurts you, you never mind it/ Conflicts in all sorts, shapes & sizes/ The one with self is a quake, seismic/